The Ross Smith Memorial was unveiled on Sunday 20th May 1923 to commemorate the achievement of Captain Ross Smith, Lieutenant Keith Smith and mechanics Sergeants Wally Shiers and Jim Bennett, who in 1919 manned the first aerial flight from England to Australia in under thirty days. The location of the Memorial marks an area in close proximity to the end of the runway at Parap airfield, where the plane would have touched down onto Australian soil.

The Memorial is constructed in bluestone in the form of a square obelisk sitting on top of a smooth faced pedestal and a rock-faced stepped base. It is approximately 3.5m in height with a base of approximately 1.8m square. 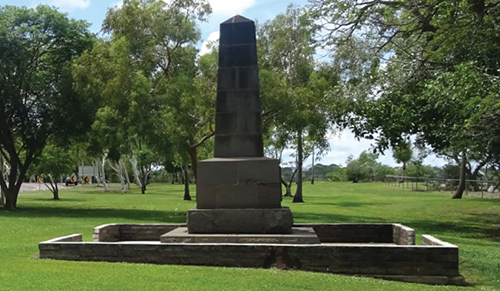