Surveying Darwin and the Northern Territory

In February 1869 George Woodroffe Goyder came to Port Darwin with a team of surveyors to map out Palmerston (later Darwin) and surrounding areas.

The South Australian Government was keen to establish a permanent settlement in the Northern Territory (NT). Needing funds to do this, the government legislated to allow the sale of land prior to survey, with a five year deadline for survey and selection of lots. By 1868, with the five year deadline looming and failed attempts to establish a settlement, the government commissioned Goyder to undertake a survey of land. Survey for both a township and surrounding country was required as each land holder was also entitled to a town block.

After examining reports of previous explorations and surveys Goyder chose Port Darwin as the site for the proposed settlement.[i]

George Woodroffe Goyder was born in Liverpool in 1826 and immigrated to Australia in 1848. In 1851 he commenced work as a draftsman in South Australia and was appointed Surveyor-General in 1861. Goyder is well known for his survey and exploration of pastoral districts in South Australia, travelling extensively by horseback and earning a reputation as a man of energy.[ii]

Goyder and his survey team arrived on the ship Moonta on 5 February 1869 and set up camp near Fort Hill. 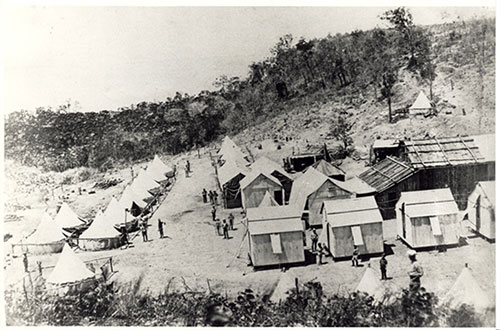 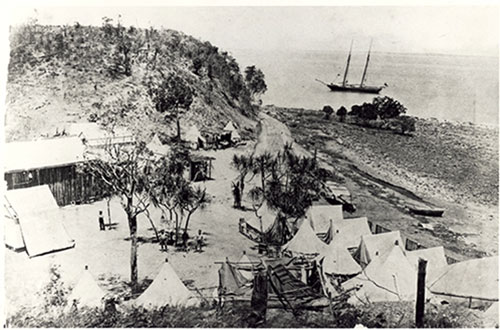 A diary of George Woodroffe Goyder is in the collections of the Northern Territory Archives Service. This diary covers the period from 5 February to 1 March 1869 and has a daily log of activities of the party including the construction of the camp, search for fresh water, survey work for both township and surrounding country and information about the health and livestock of the survey team.

On 22 February Goyder completed the design for the township at Port Darwin. Survey work commenced immediately. Many of the street names are those of the senior members of the survey party.

Surveyors from Goyder’s party used small leather bound field books to record their work. The surveyors’ field books also include sketches of survey camps, astronomical observations, mentions of major incidents such as the spearing of John William Ogilvie Bennett and other notes. 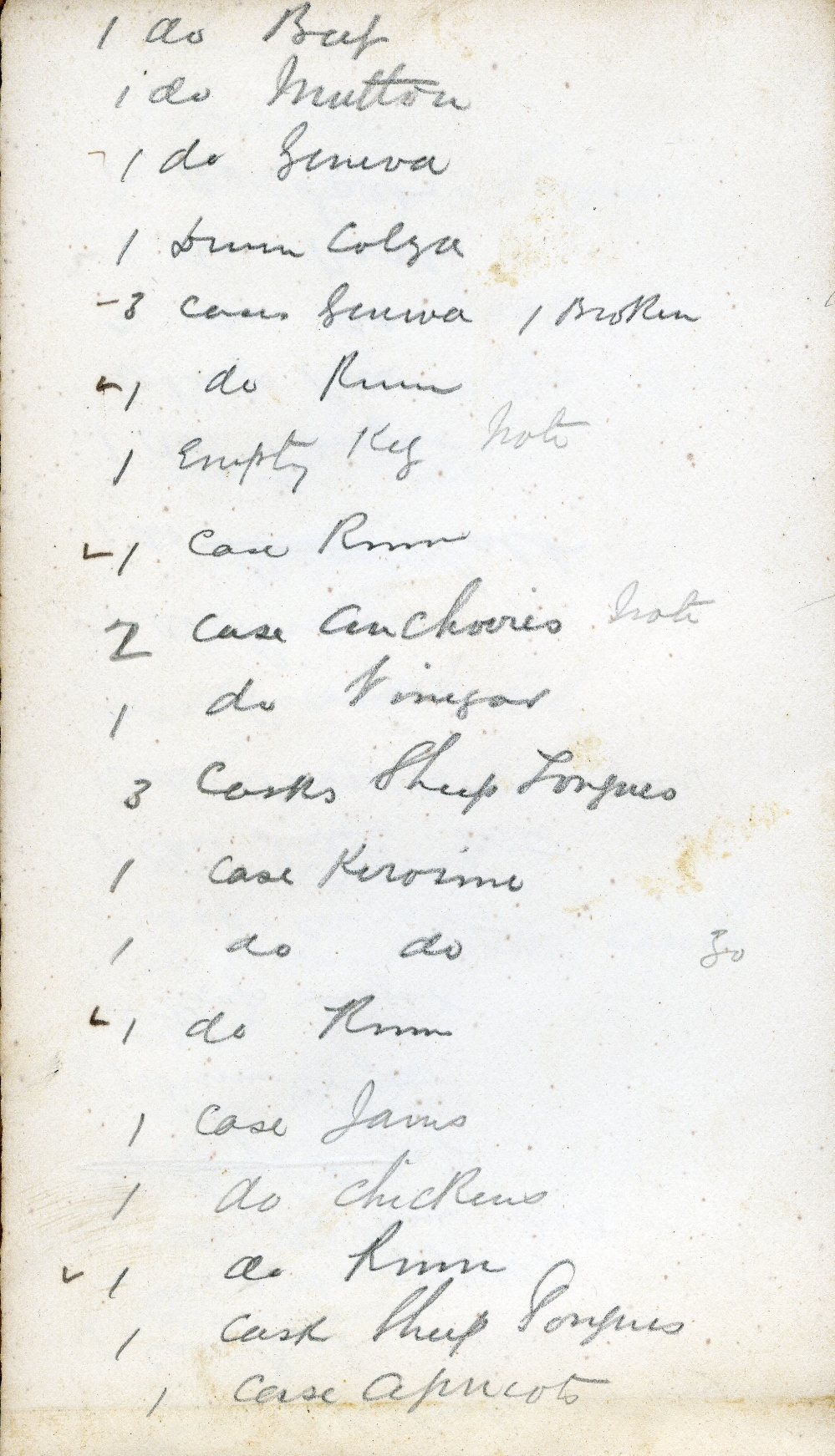 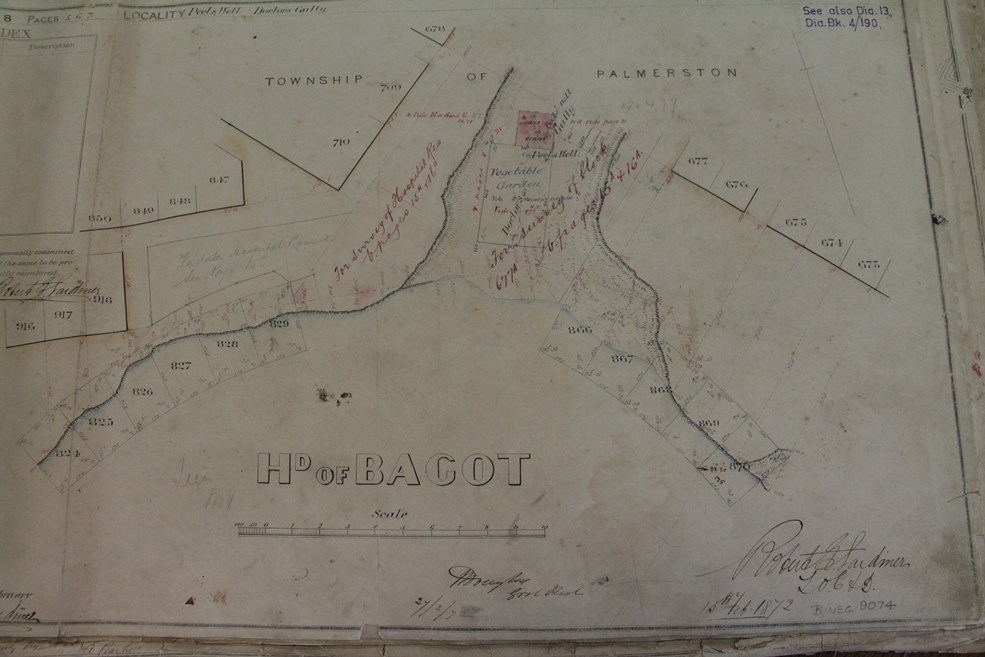 Maps of the Northern Territory were drawn from the early survey records. They show the distribution of pastoral land and town allotments. 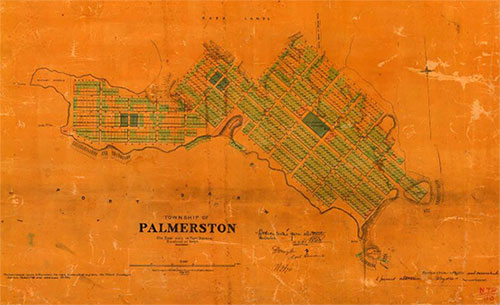 Township of Palmerston on East side of Port Darwin, Hundred of Bagot. Portion tinted green
allotments selected 16.9.1870. NAA, A6128, NTR113

Early survey records and archives such as Goyder’s diary, surveyors’ field books, survey diagrams, survey registers, aerial photographs and maps held by the NT Archives Service and the National Archives of Australia provide a glimpse into surveying the Northern Territory over time.

A reference copy of the diary can be accessed in the Reading Room of the Northern Territory Archives Centre. You can read a digitised copy of Goyder's diary PDF (2.6 MB) or a transcript of the diary PDF (5.4 MB).

To search for survey records, go to Archives Navigator. As archives are continually being added to the system, check the list of holdings PDF (901.6 KB) for a complete list of record series held by the NTAS, including inherited Commonwealth series.

Aerial photographs can be discovered through the Aerial Photos Online index http://www.ntlis.nt.gov.au/imfPublic/airPhotoimf.jsp. In addition to this, the Northern Territory Archives Service has other aerial photograph collections.