Barques, barges, ferries, boats, ships, dinghies and wooden canoes have come and gone from Port Darwin over the years. The harbour was the hub of movement in and out of the town since its earliest days. The coastal routes and rivers were our supply lines in the days before good and reliable land transport and roads to travel on were established. 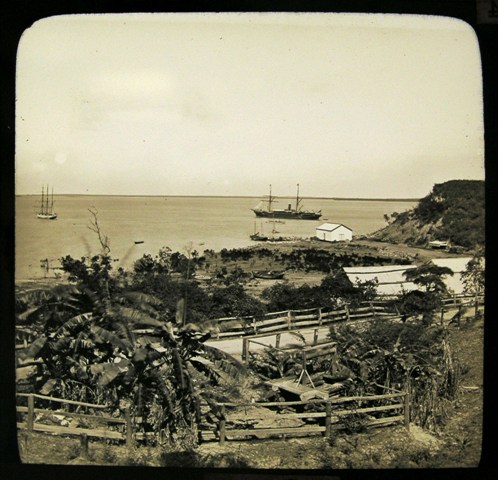 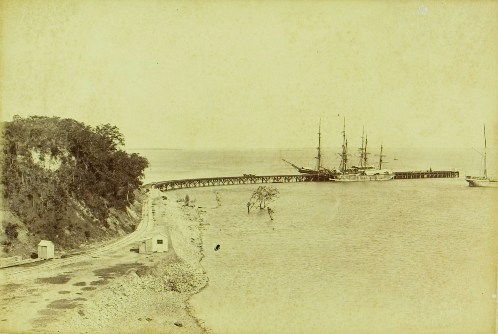 In the late 1800s and early 1900s Port Darwin was alive with shipping activity. In 1882 the Government Resident’s Report stated that over the year 51 vessels had called into Port Darwin (that would average one a week year round). These were both passenger and cargo ships. And in 1926, 65 ships berthed in Darwin Harbour. General cargo, and coal were shipped out and 6833 head of cattle exported overseas by boat. During that year 41 coastal boats berthed in the harbour. 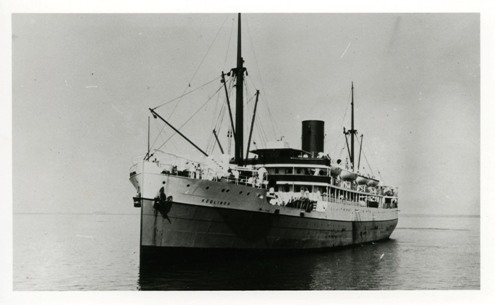 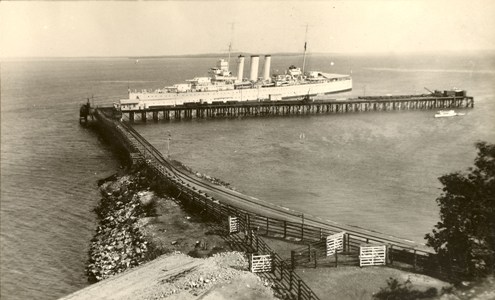 Hazel Mackey has recollections of travelling on the Marella in 1937.

“We left Melbourne on the Marella, ...we called in at Sydney and Brisbane, Thursday Island, before we got to Darwin. It took us about ten or twelve days. It wasn't an enormous big ship, it was about the size of an ordinary interstate passenger ship at that time. And it was very, very well appointed because it had been the Kaiser's yacht, and I think Burns Philp bought it from I don't know where Burns Philp bought it from, but it was originally the Kaiser's yacht, so that it was very well appointed and very artistically decorated. It was a very pleasant ship to travel on.” 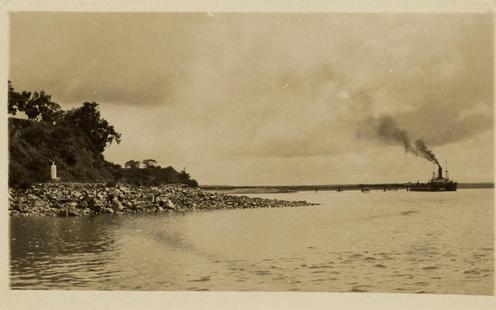 SS Marella at the jetty, taken from baths side (of jetty)
Harry Breckenridge, NTRS 3206, item 2

Patrick McDonald also has recollections of travelling on the Marella.

When asked about the activities onboard, he replied “Oh, really there was only the usual, you know playing quoits. Really nothing, just running around playing cards, ... See, being second class all the gaiety was up in the first class, where the swimming pool was. But we weren't allowed up there. But it was fantastic, because it was all Chinese crew, and they'd bring in your morning tea and biscuit. Then they'd tell you your bath was ready. Oh, you were waited on hand and foot. It cost twelve pound ten, or eleven pound ten I wouldn't be certain. That was second class; that was Sydney to Darwin.” 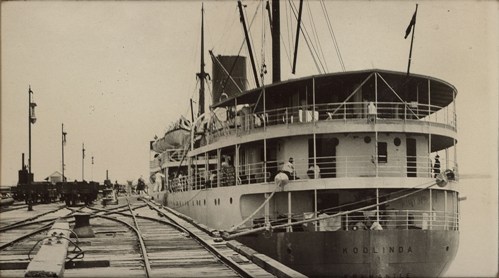 Rosa Drage recalled travelling on the Koolinda from Perth to Darwin.

“It was good fun. I suppose the trip took about a fortnight—ten to twelve days, anyway. ...There was always plenty of entertainment. We pulled in to all the ports along the way, and were always allowed time to go into whatever town it was, and shop or do what we wanted to do. That was before the Koolama started. That came in later, the Koolama, and started to do the trip, and they did alternate trips. But in those days it was only the Koolinda. Every now and again she’d go to Singapore to be dry-docked and what-have-you, so it was always a very good cheap way of getting across to Singapore to shop.”

Rosa Drage recalls the transportation of food and freight. 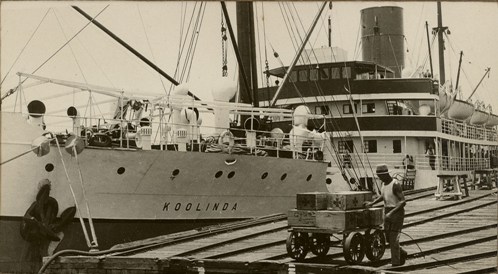 Naval and government vessels from other countries often visited Darwin Harbour. Japanese training ships were regular visitors to Darwin Harbour during the 1930s. Japanese naval officers were received by the Administrator and the District Naval Officer. One of these vessels, the Hakauyo Maru was described as the Agricultural and Forestry Department's Fishing Institute training ship. Her commander, Captain Nakagaoa, said although the vessel was owned by the Japanese Government, it was not a naval ship. 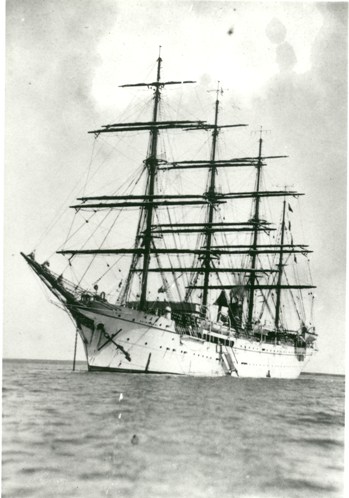 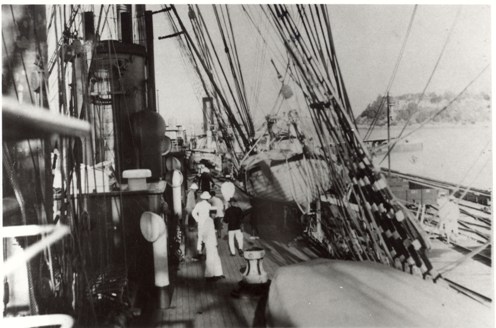 "...we came back to Darwin on the Marella - I can remember leaving the Marella just under the [Sydney] Harbour Bridge somewhere the wharf was and all these soldiers came aboard and they were the Darwin Mobile Force." 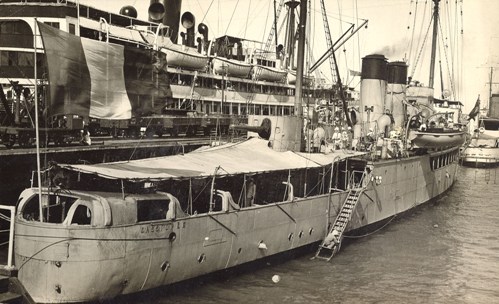 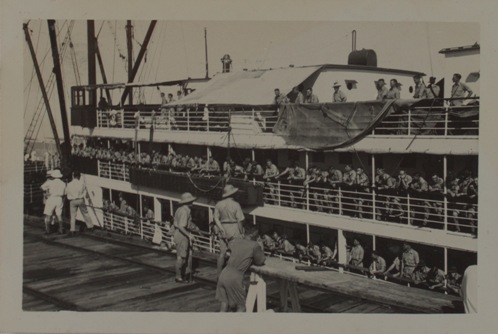 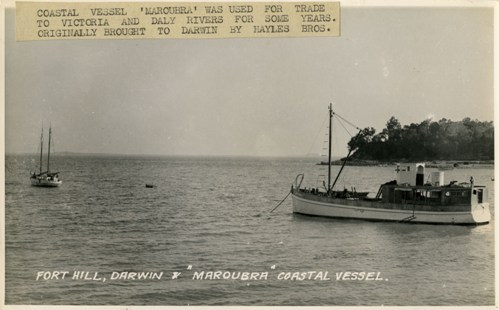 Ray Tyrell worked on the Maroubra which transported freight around the Northern Territory.

Ray described how the Maroubra “went down to the Daly River, Victoria River, over to Cape Don, to Point Charles, to the Apsley Straits between Melville and Bathurst Islands – wherever there was cargo to be delivered the Maroubra delivered it. They had government contracts for these jobs and we did quite a number of trips backwards and forwards. [The Maroubra] was sixty five feet long, eighteen feet beam; it carried fifty tons of cargo on a five foot draught. It was very, very flattish bottomed."

Images used have been selected from the following collections:

Full references to the oral history interview transcripts which have been used are listed below.

TS 625, Hazel Mackey
In 1937, Hazel, her husband George and daughter Ruth came to Darwin where George became head of the Bureau of Meteorology.
TS 655, Patrick McDonald
Patrick sailed on the S.S. Marella in 1936 to join his father and brother in Darwin. Patrick's father was Jack McDonald, Secretary of the North Australian Workers' Union.
In 1939 Patrick joined the Darwin Mobile Force.
TS 1107, Rosa Drage
In 1939 Rosa travelled to Darwin on the Koolinda to nurse at the hospital.
TS 68, Franklin James Johns
Frank was born in Darwin in 1924 and grew up in Darwin. In 1939 he took a trip south by ship.
TS 394, Ray Tyrell
Ray came to Darwin in 1928 and worked for many years in the pearling and trepang industries and on the Maroubra.

The following are examples of other archival material about shipping in Darwin Harbour: