Highlight information about some key moments and events that happened locally in the NT, across Australia and internationally in 1989.

1 January – The first concert of the Darwin Symphony Orchestra takes place in Darwin.

17 February – Agreement is reached between the Northern Territory Government and the Jawoyn people for the lease back of Katherine Gorge National Park an area of land encompassing a series of gorges on the Katherine River and Edith River, 244 km southeast of Darwin. On the 10 September 1989 it is officially handed back to the Jawoyn, and the name changed to Nitmiluk National Park.

1 July – The Honourable James Muirhead QC is appointed Administrator of the Northern Territory.

30 November – The Legislative Assembly meets for the last time in the building on Mitchell Street that was due for demolition to make way for the new Parliament House building. 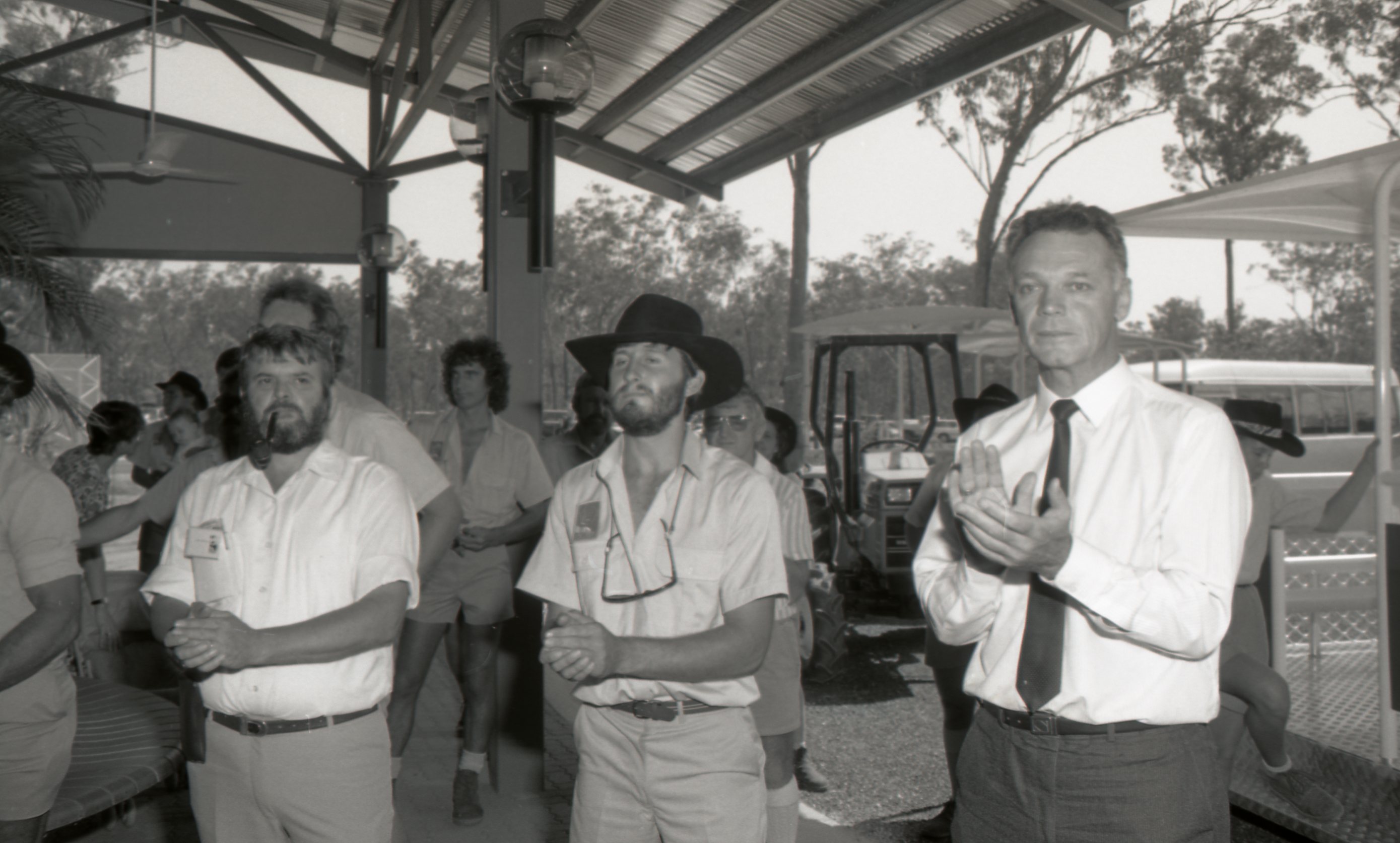 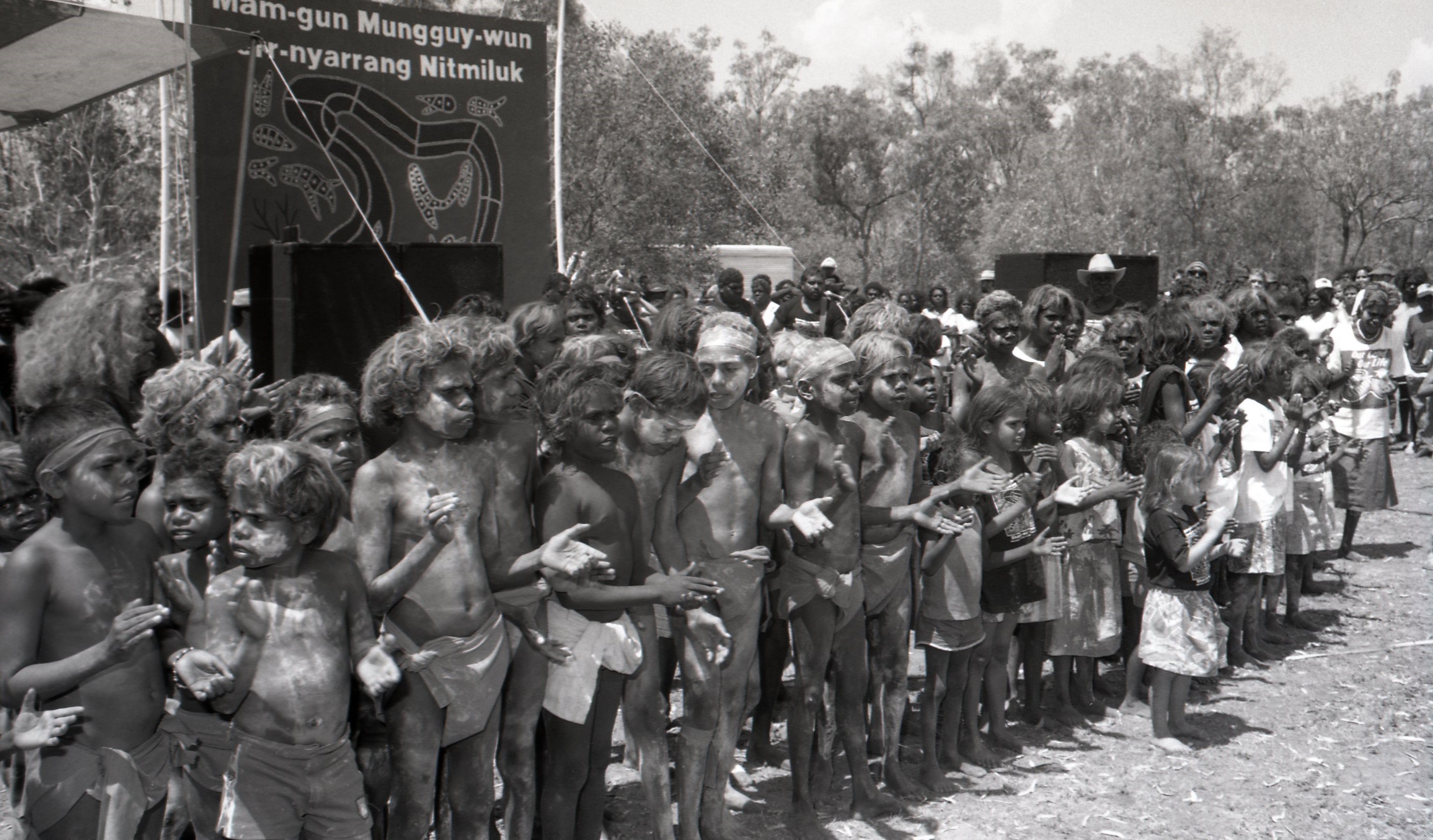 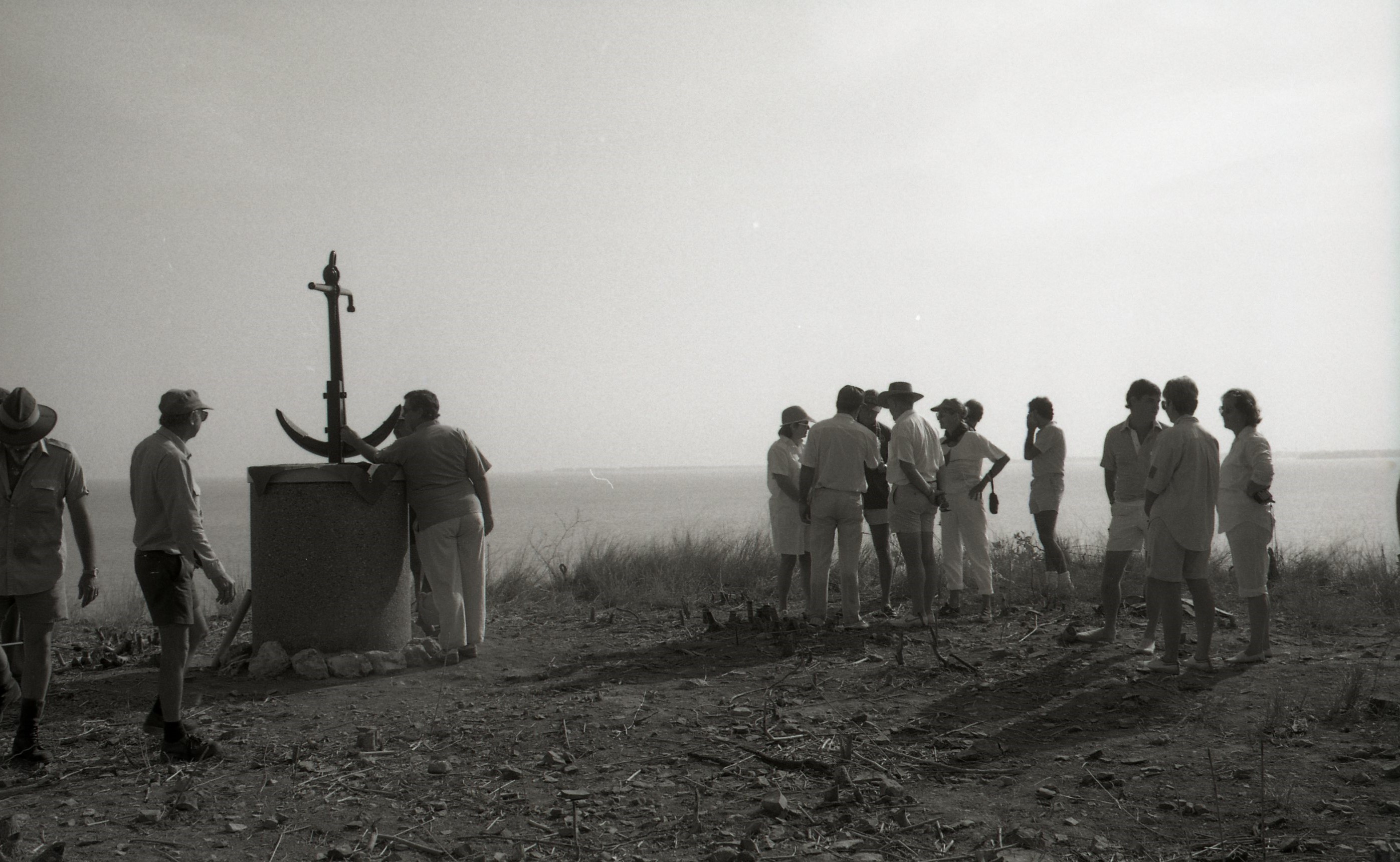 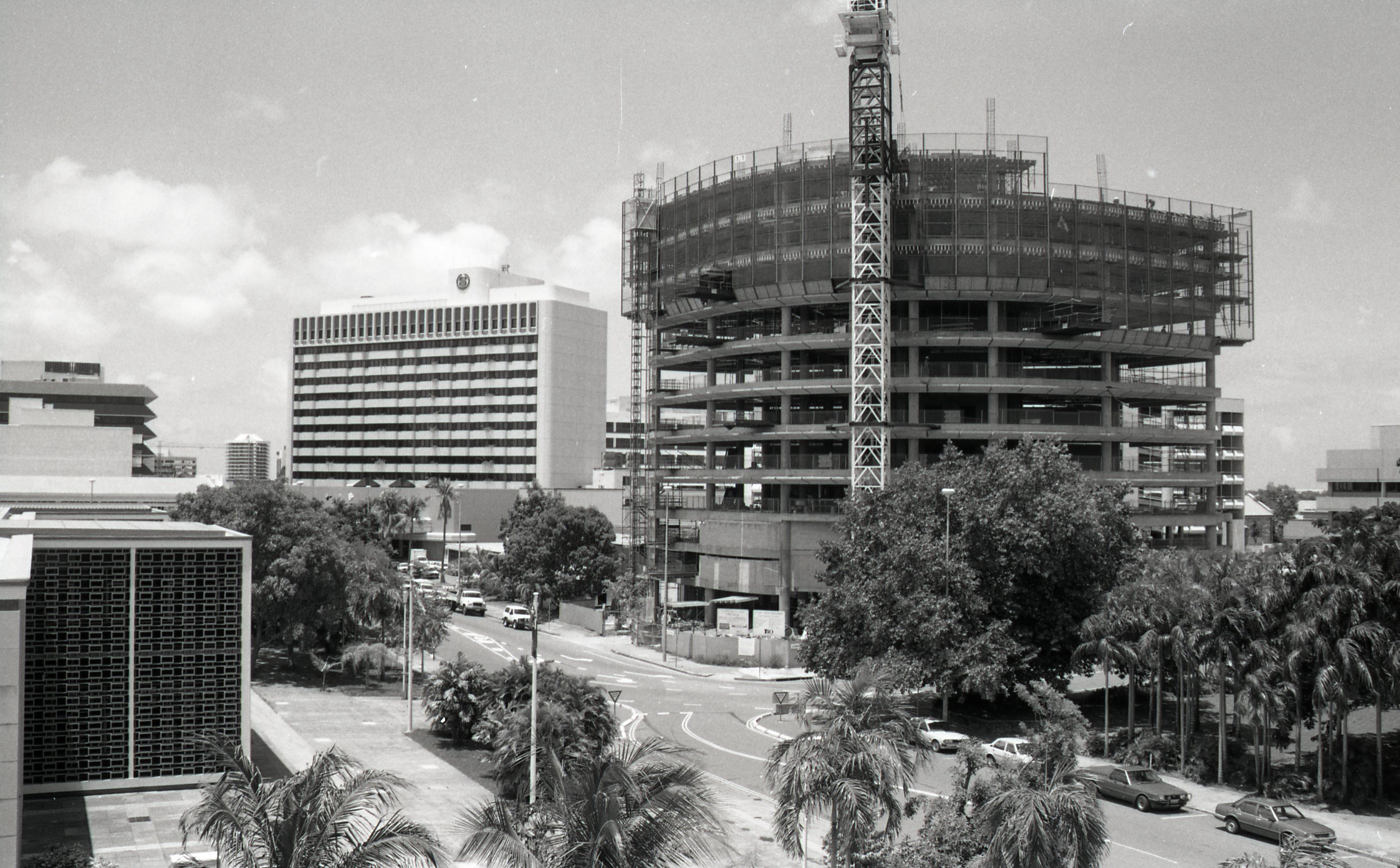 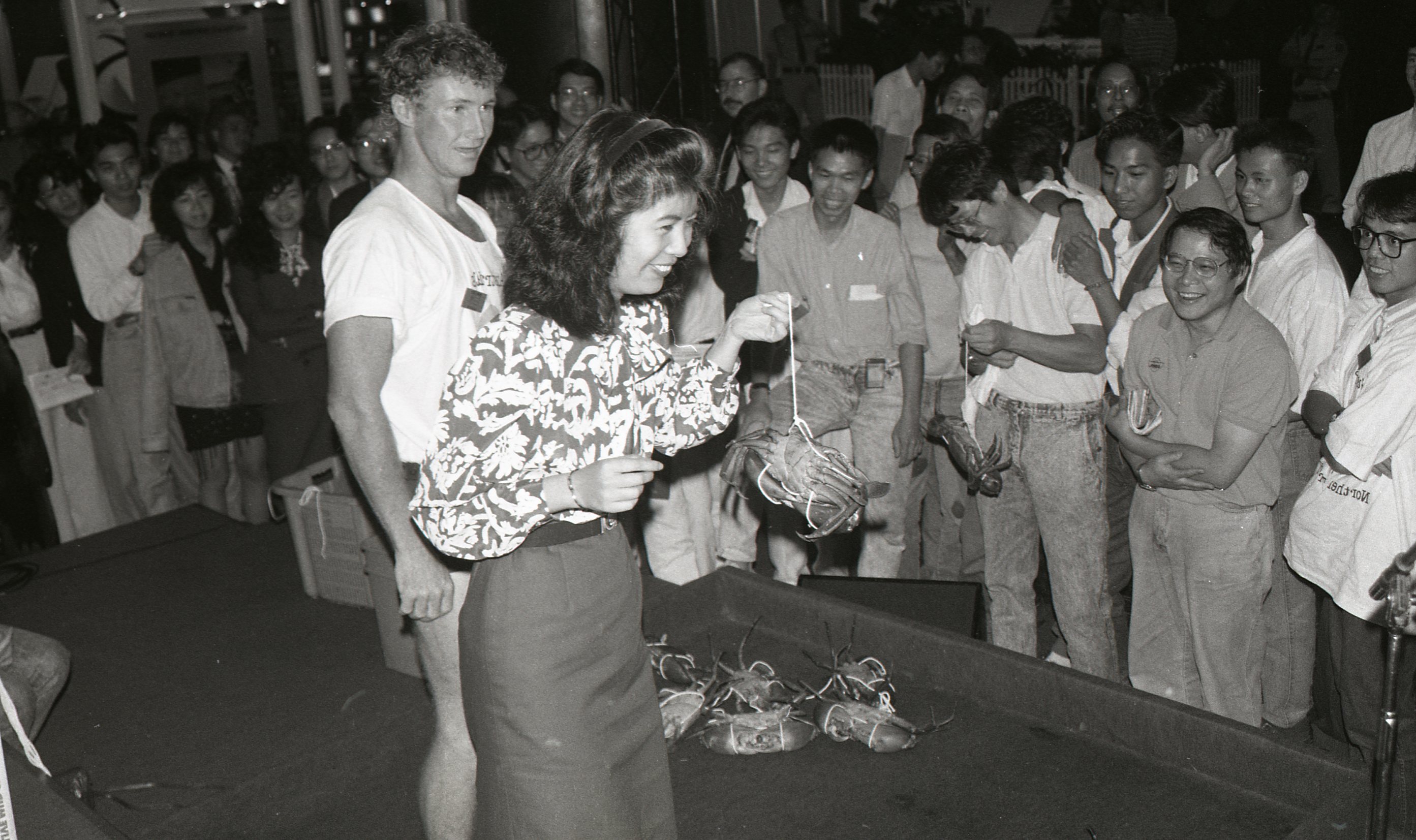 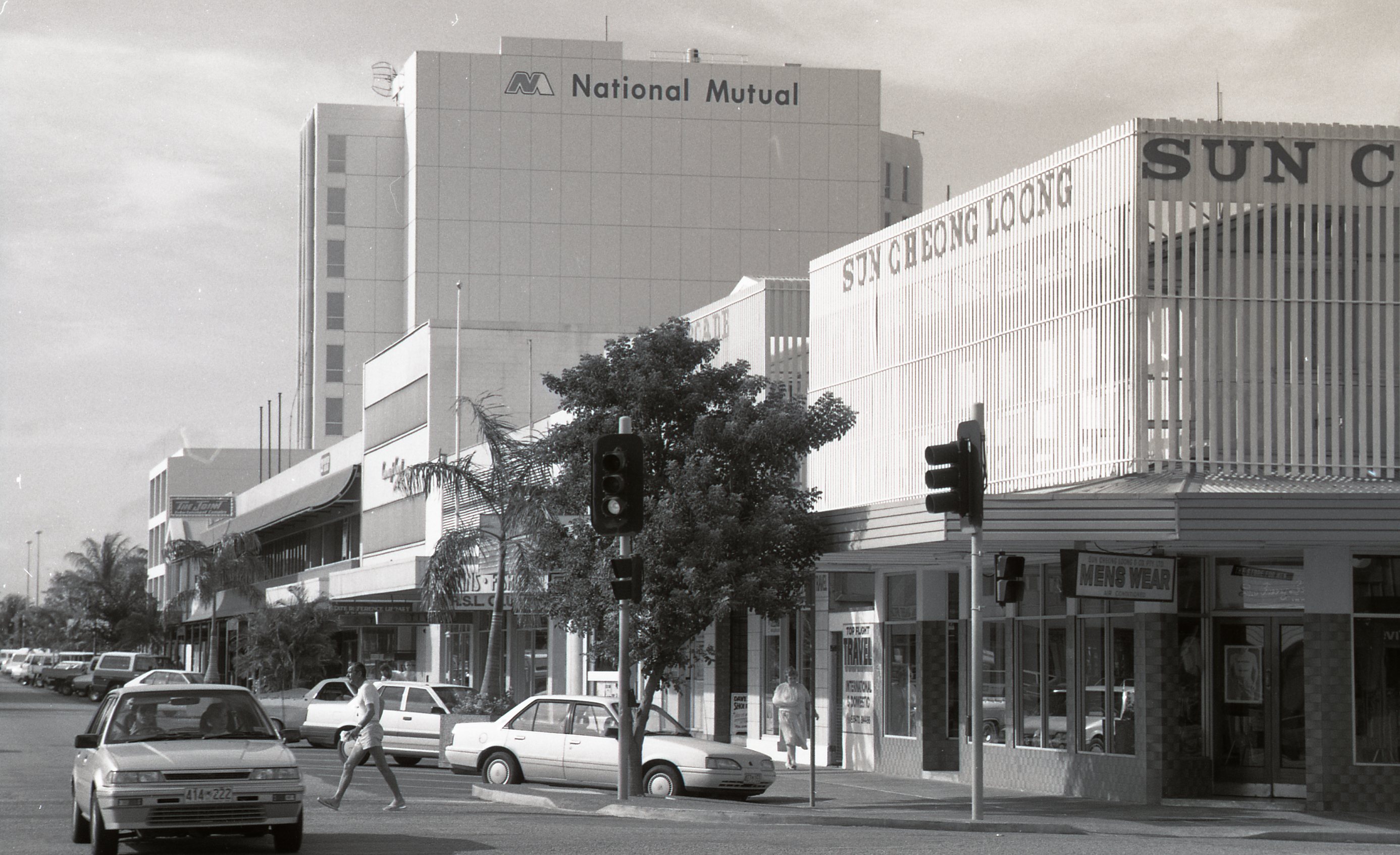 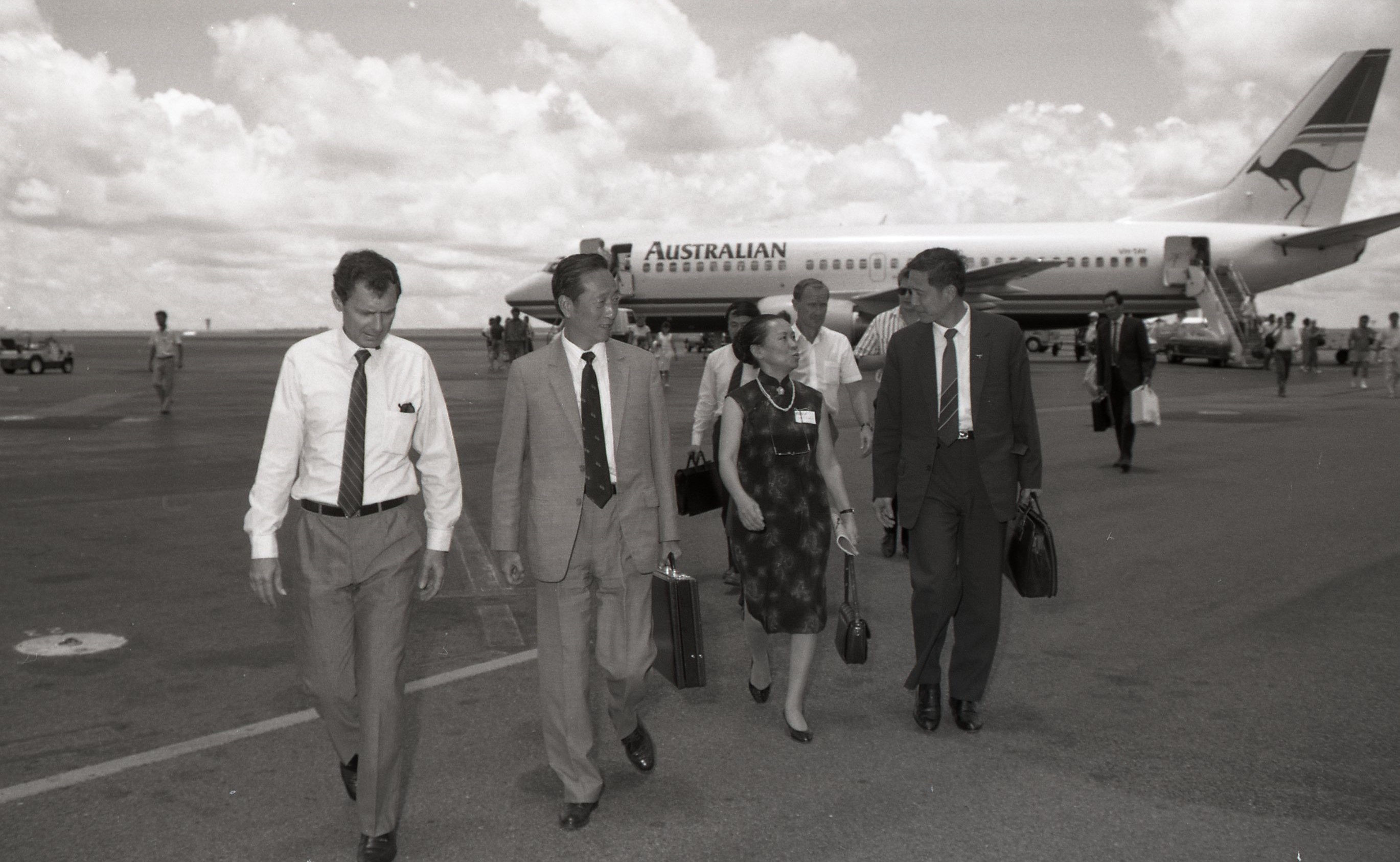 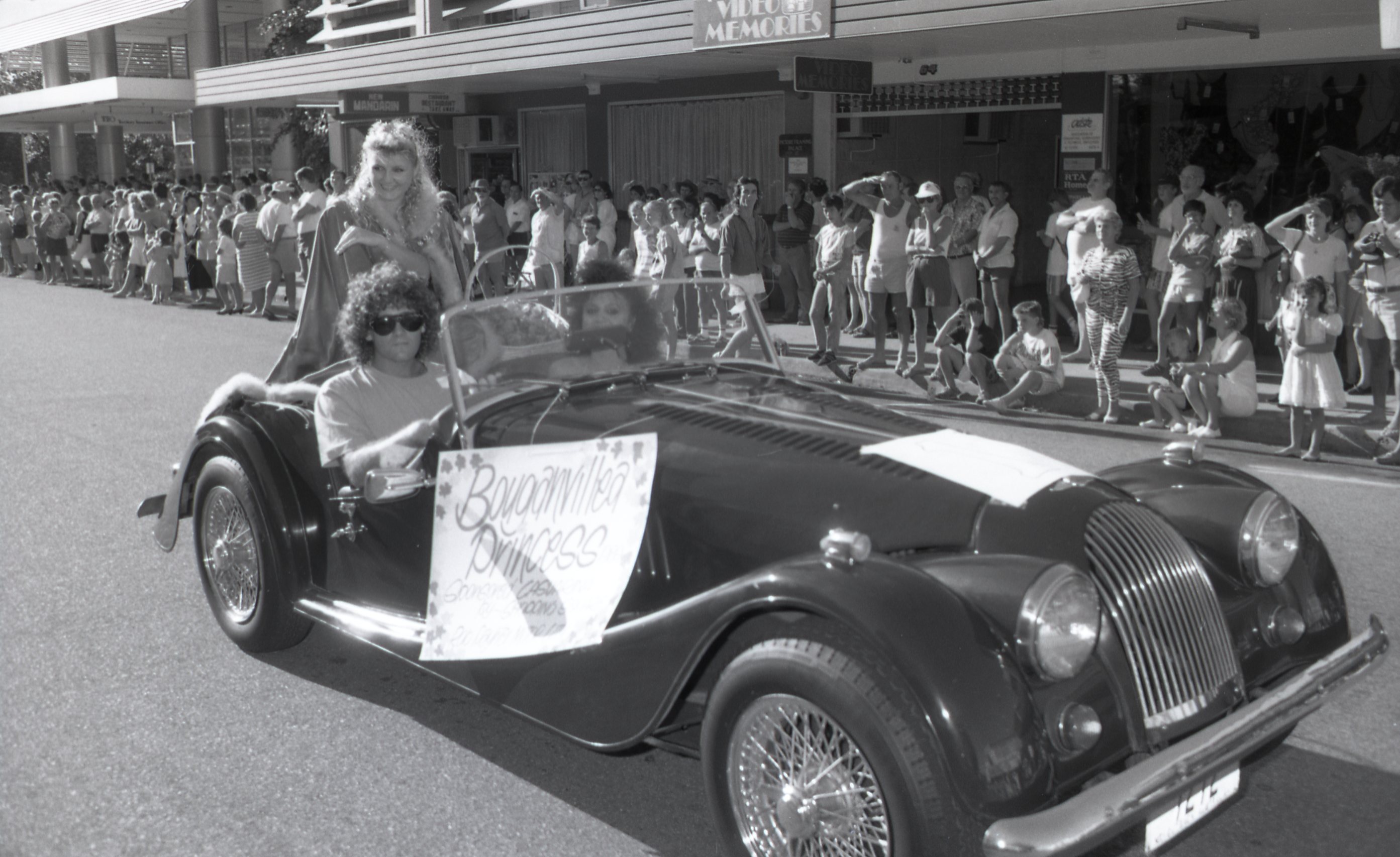 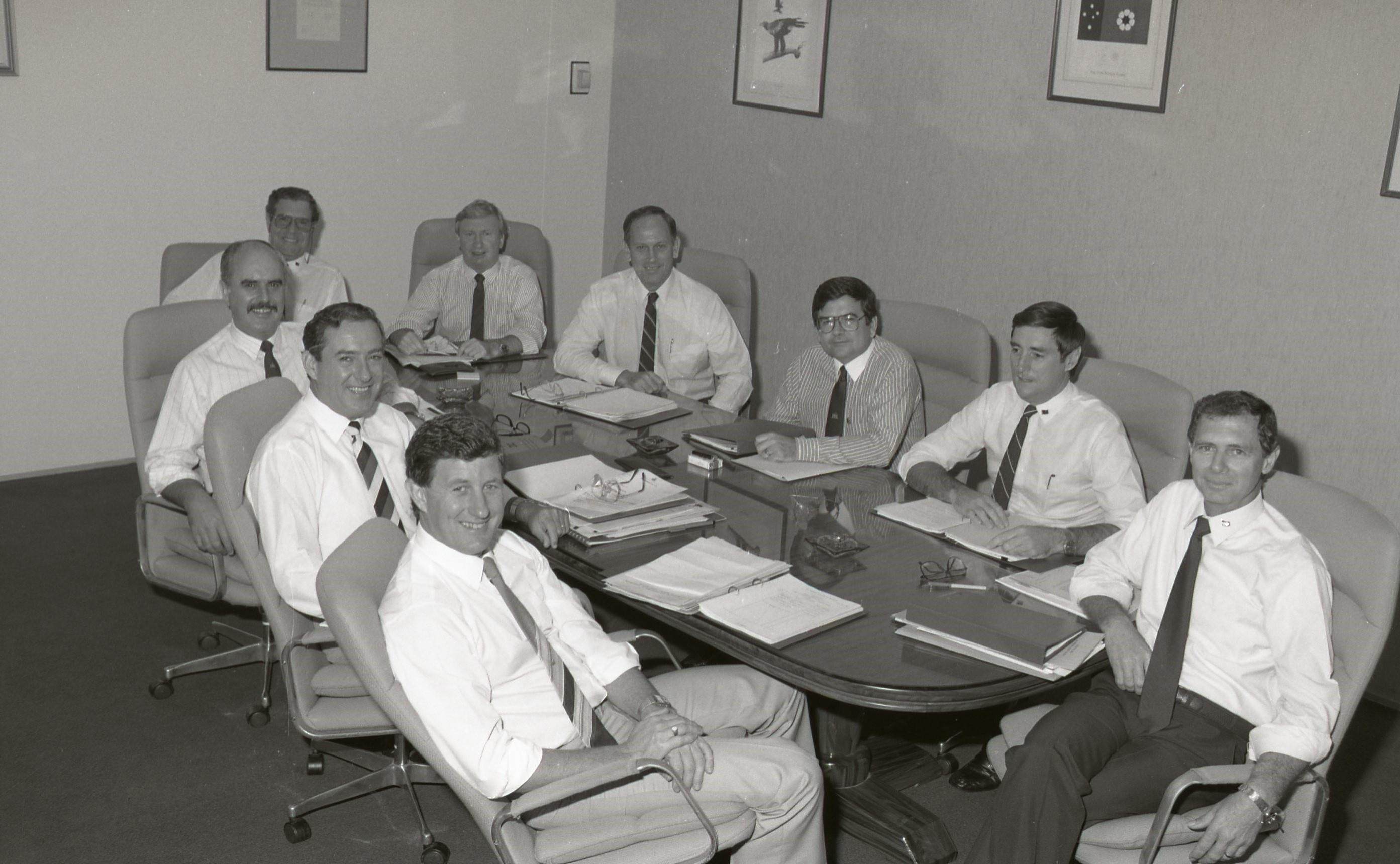 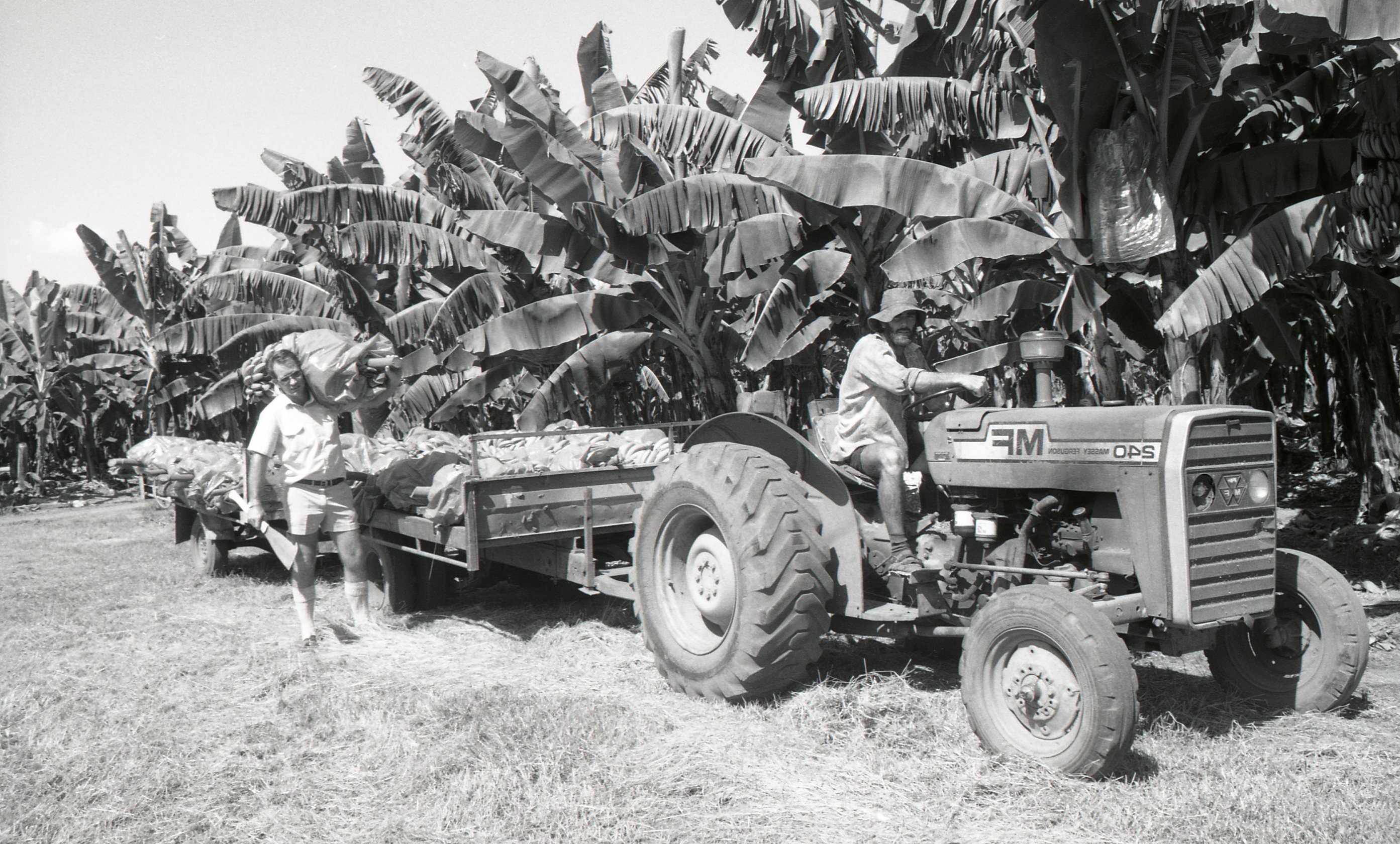 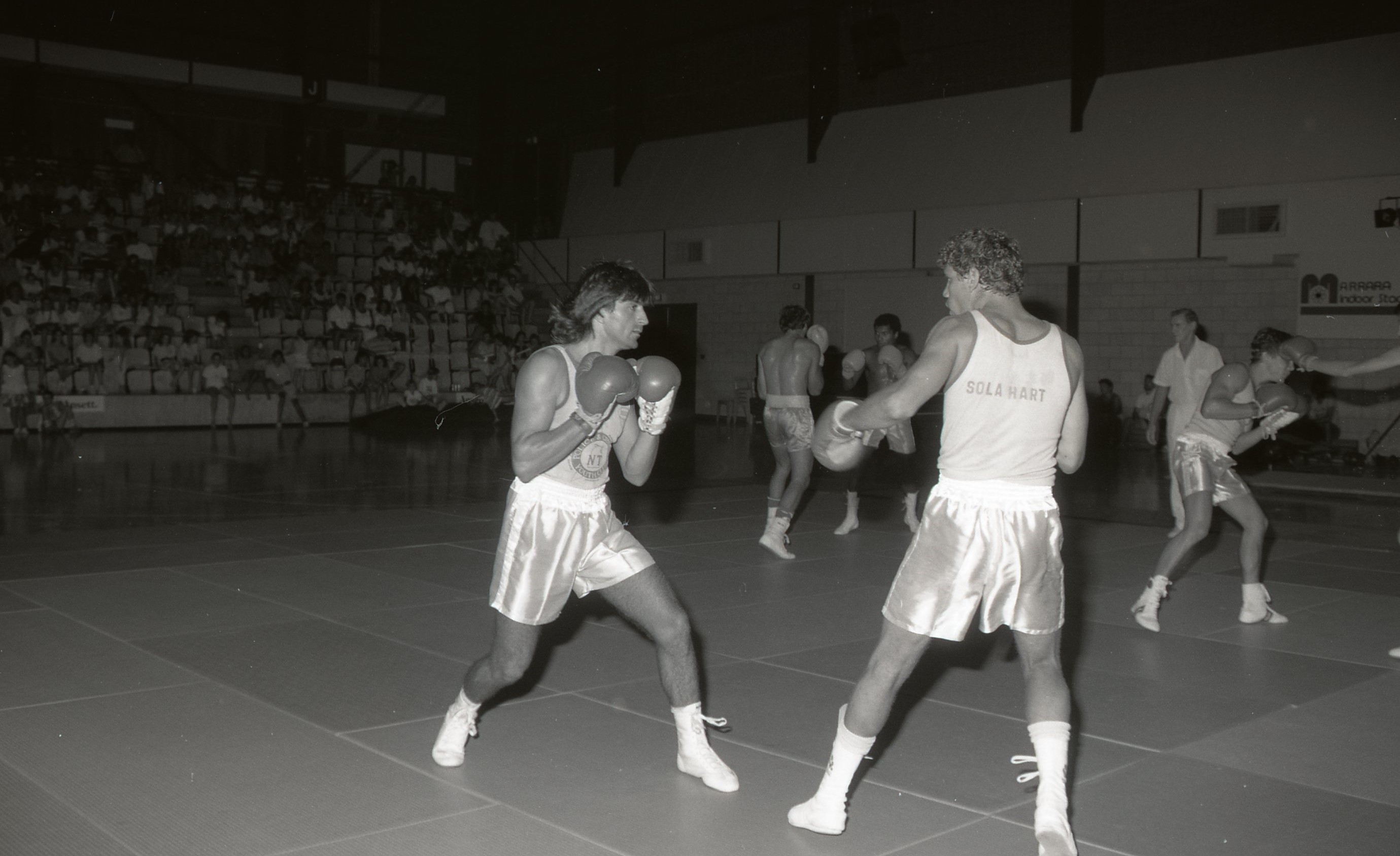 10 January – Assistant Australian Federal Police Commissioner Colin Winchester is shot dead in the driveway of his home in Canberra.

9 May – Andrew Peacock deposes John Howard as Federal Opposition Leader and Leader of the Liberal Party by a clear vote of 44 to 27.

3 July – Findings from the Commission of Inquiry into Possible Illegal Activities and Associated Police Misconduct (the Fitzgerald Inquiry) into Queensland Police corruption are released.

22 August - The damaging 2-month airline pilots' strike over a 30% pay rise begins in earnest. A dramatic turn in the dispute over wages and conditions sees all of Australia’s 1,645 domestic airline pilots resign. The dispute disrupts domestic air travel and has a detrimental impact on tourism and related industries.

29 August – The Australian Cricket team regained The Ashes on English soil for the first time in 40 years defeating England 4-0 in the 6 test series.

2 December – The 1989 Queensland state election is held. After 32 years in power, 19 of those years under leader Sir Joh Bjelke-Petersen, the National Party government is voted out of office amid widespread allegations of corruption, and is replaced by the Australian Labor Party, led by Wayne Goss.

20 January – George HW Bush is sworn in as the 41st President of the United States.

1 March - After 74 years, Iceland ends its prohibition on beer; celebrated since as bjórdagur or beer day.

13 March – Tim Berners-Lee, English engineer and computer scientist, produces the proposal document that will become the blueprint for the World Wide Web.

1 April – Margaret Thatcher's new local government tax, the Poll Tax, is introduced in Scotland. It would be introduced in England & Wales the following year.

15 April - The death of Hu Yaobang in China sparks the beginning of the 1989 Tiananmen Square protests.

June - Revolutionary change begins in Poland, filtering to countries across Central and Eastern Europe that resulted in the end of communist rule and eventual dissolution of the Soviet Union (1991). Symbolising this change was the destruction of the Berlin Wall, which had separated East and West Germany. Media across the world showed images of East Germans as they  and climbed onto the Wall, joined by West Germans on the other side in a celebratory atmosphere. The Brandenburg Gate in the Berlin Wall was opened on 22 December 1989.

3 -5 June – Students protesting for democracy in China clash with Chinese military in Beijing’s Tiananmen Square. An unknown Chinese protestor, 'Tank Man', stands in front of a column of military tanks on Chang'an Avenue in Beijing, temporarily halting them, an incident which achieves iconic status internationally through images taken by Western photographers.

6 June - The Ayatollah Khomeini's first funeral is aborted by officials after a large crowd storms the funeral procession, nearly destroying Khomeini's wooden casket in order to get a last glimpse of his body. At one point, Khomeini's body almost falls to the ground, as the crowd attempt to grab pieces of the death shroud.

25 August – Voyager 2 makes its closest approach to Neptune and its moon Triton.

23 September - A cease-fire in the Lebanese Civil War stops the violence that had killed 900 people since March.

12 November - Brazil holds its first free presidential election since 1960. This marks the first time that all Ibero-American nations, except Cuba, have elected constitutional governments simultaneously.

3 December - In a meeting off the coast of Malta, US President George HW Bush and Soviet leader Mikhail Gorbachev release statements indicating that the Cold War between their nations may be coming to an end.

Topping the Australian Recording Industry Association charts for 1989 was Like a Prayer by Madonna, The Look by Roxette, and I’m Gonna Be (500 Miles) by The Proclaimers. Australian artists making the charts included Tucker’s Daughter by  Ian Moss, Especially for You by Kylie Minogue and Jason Donovan, and If I Could by 1927.