An historical overview of the Territory at the time

22 January, Australia’s biggest earthquake occurs at Tennant Creek. Three consecutive earthquakes occurred, with the largest having a magnitude of 6.6.

11 March, the Spencer and Gillen Gallery (later renamed the Central Australian Museum) a regional branch of the Museum and Art Galleries Board of the NT, officially opens in Alice Springs.

23 April, the Atrium Hotel on the Esplanade, Darwin, is opened.

26 May, the Cullen Bay Marina Agreement was signed between the developer Darwin Marina Estates and NT Government, allowing work to commence on the marina and housing development.

12 June, Prime Minister Bob Hawke is presented with the Barunga Statement at the annual Barunga sporting and cultural festival. Written on bark, the Statement calls for Aboriginal self-management, a system of land rights, compensation for loss of lands, respect for Aboriginal identity, and end to discrimination, and the granting of full civil, economic, social and cultural rights. Prime Minister Hawke responds by saying that he wishes to conclude a treaty between Aboriginal and other Australians by 1990.

1 July, from this date for inter-governmental financial purposes the Northern Territory is treated by the Commonwealth as a state.

1 July, the Northern Territory celebrates a decade of Self Government.

2 July, the first Greek Glenti, is held in Darwin.

31 July, the second Perron Ministry is appointed following the resignation of Don Dale due to ill health.

25 November, Alice Springs celebrates the centenary of its proclamation as a town.

Community Education Centres are established in major remote communities by the NT Department of Education. 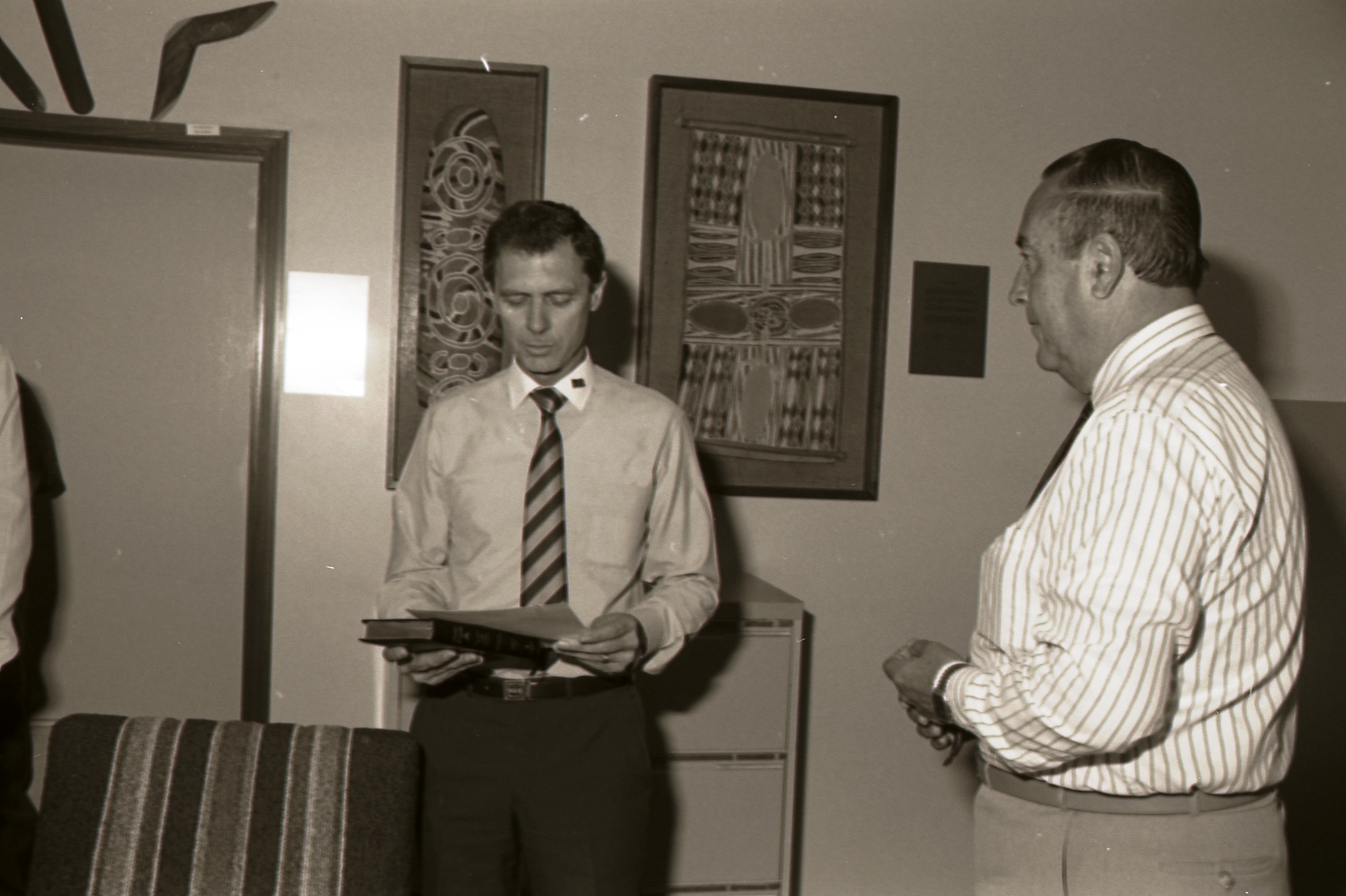 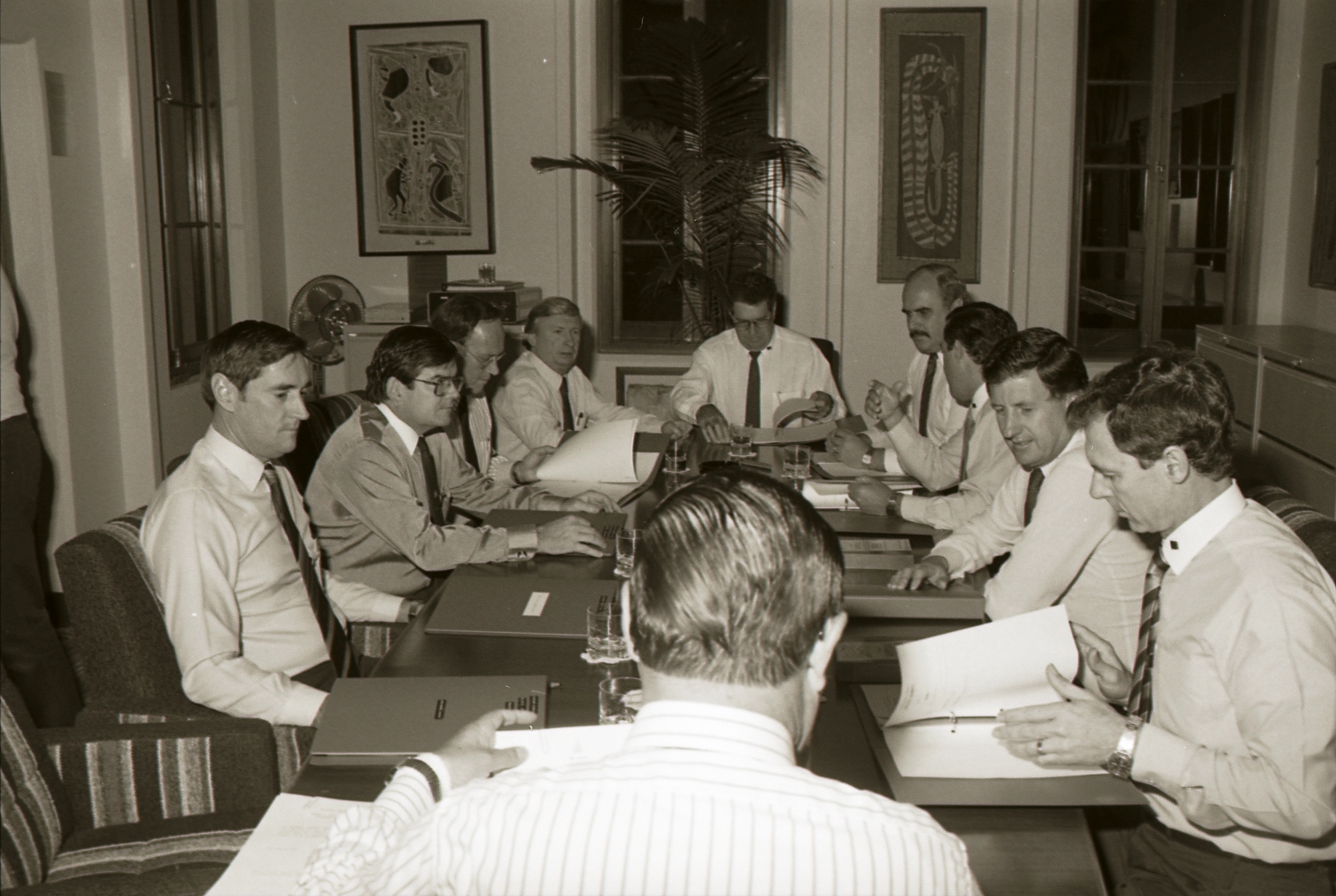 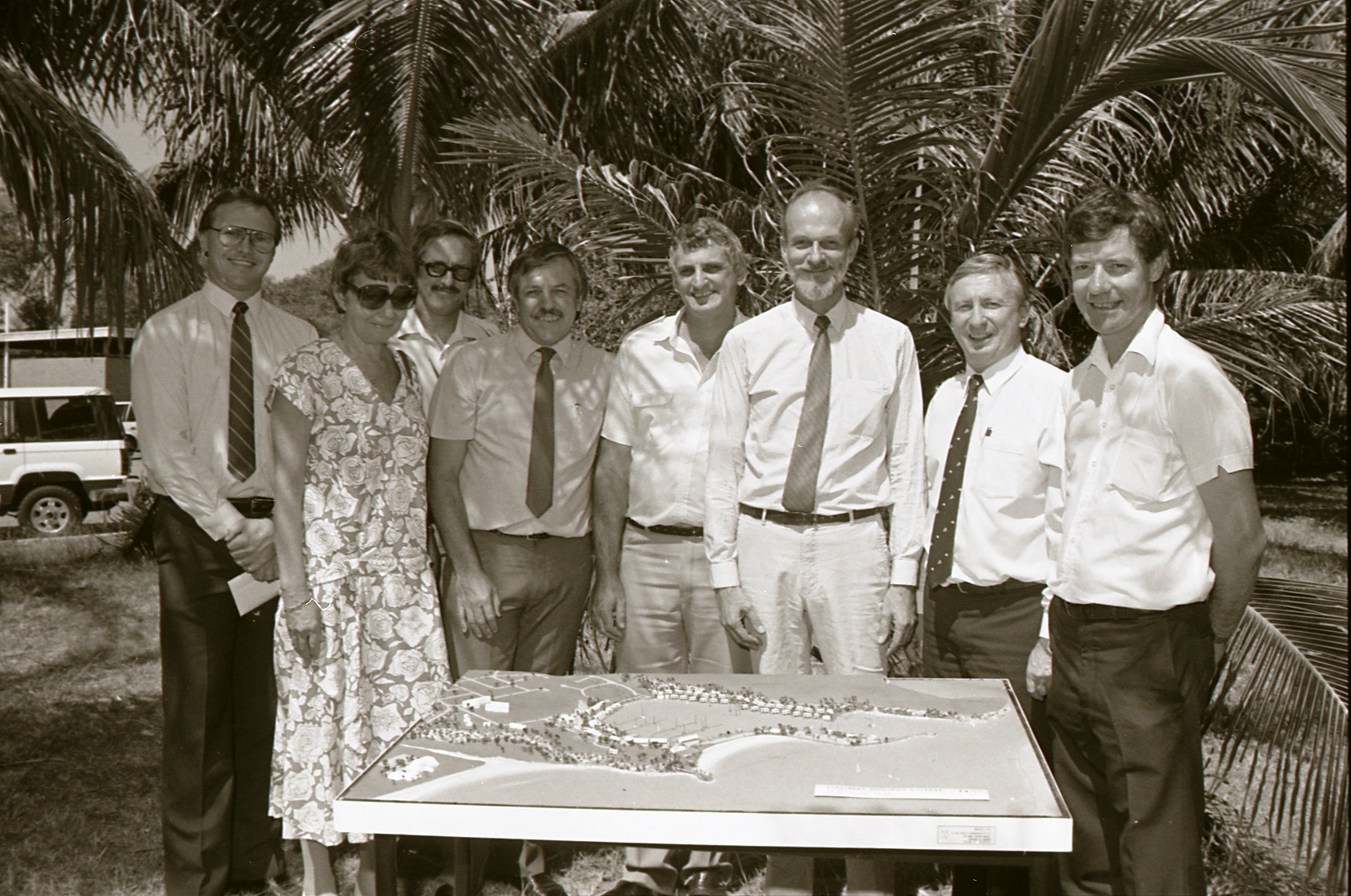 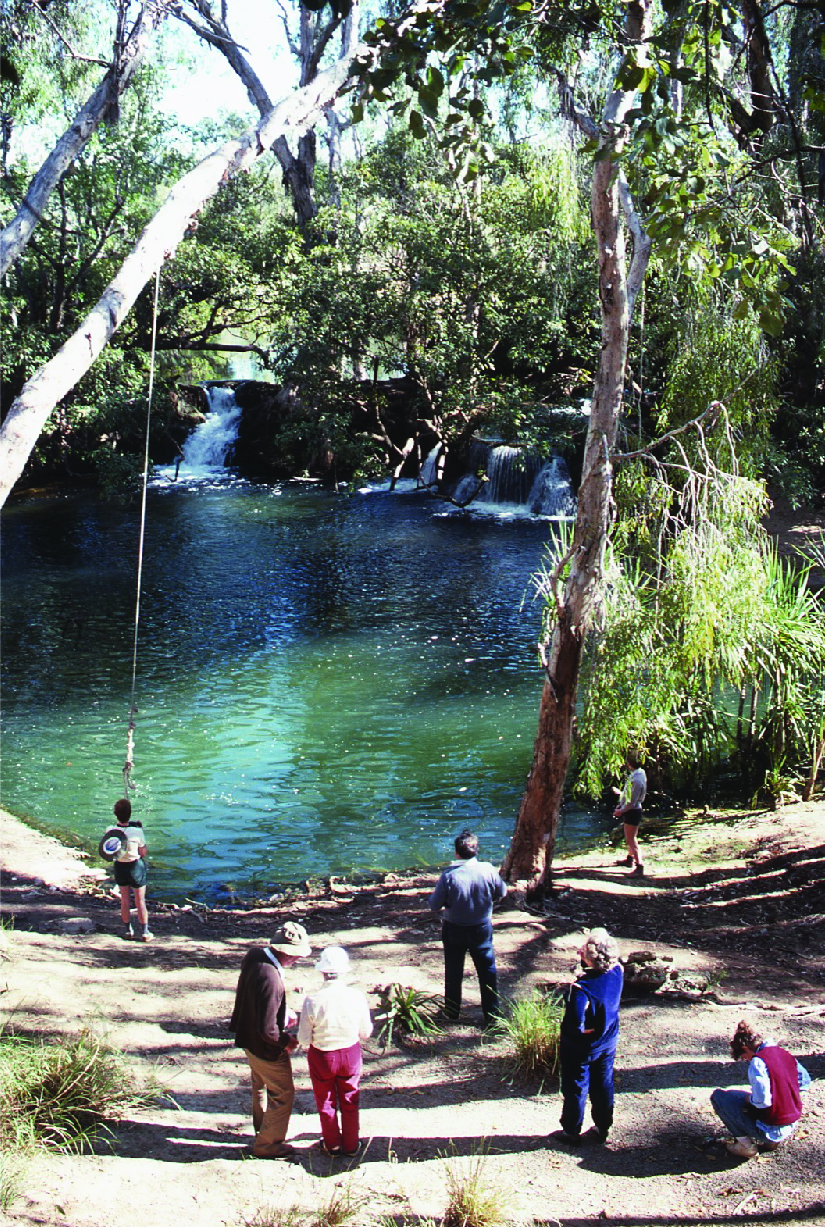 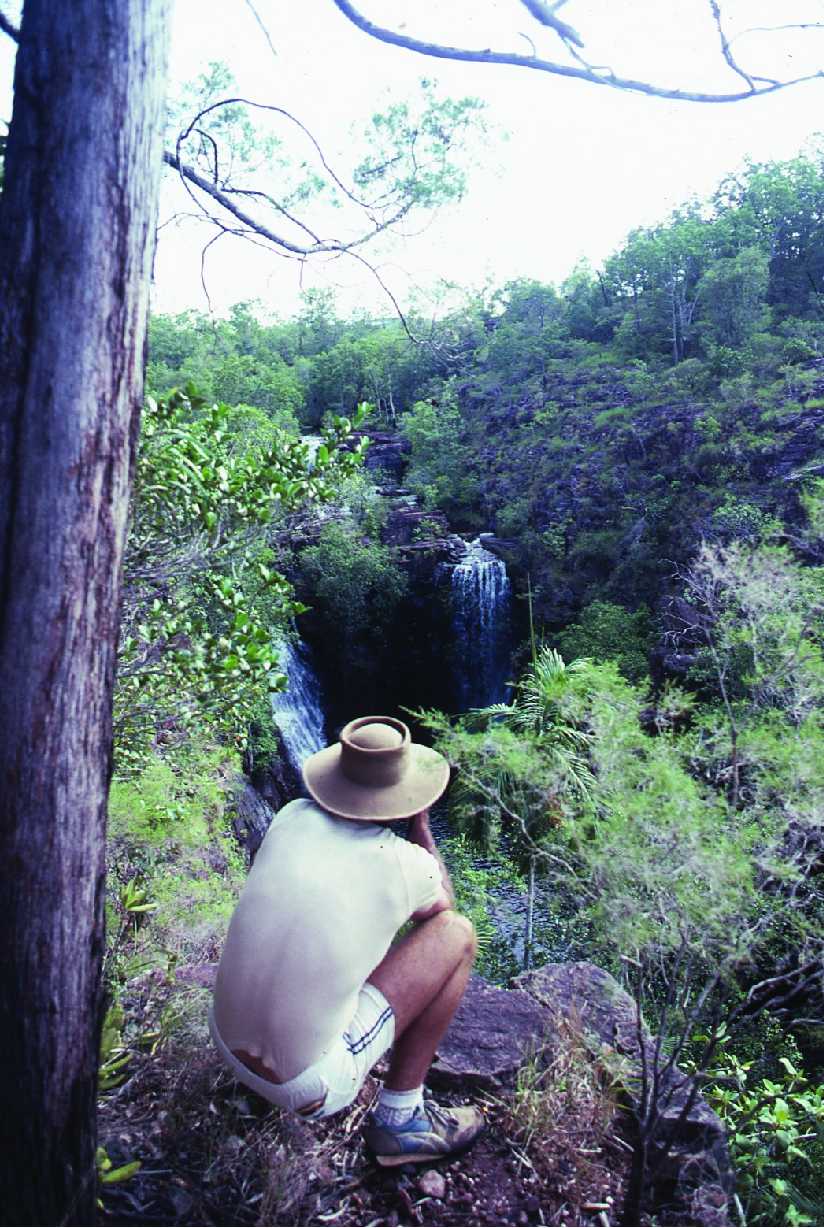 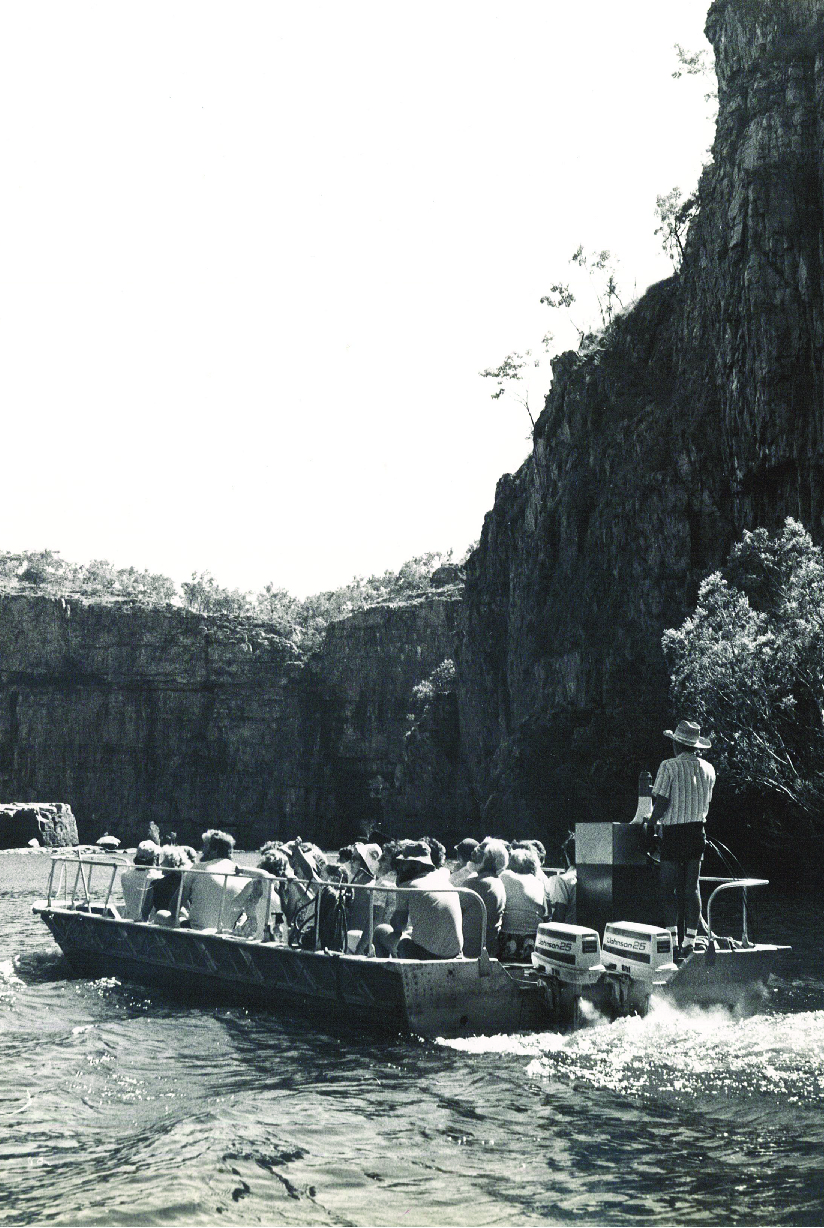 26 January, Sydney Harbour is the focal point for Bicentenary celebrations marking 200 years since the arrival of the First Fleet to Botany Bay.

26 January, more than 40,000 people, including Aboriginal people from across the country, staged the largest march in Sydney since the early 1970s Vietnam Moratorium demonstrations. The protesters marched through Sydney chanting for land rights.

30 April, the World Expo 88 opens in Brisbane, Queensland. The theme of the Expo is "Leisure in the Age of Technology", and the mascot for the Expo is an Australian platypus named Expo Oz. The exhibition runs for 6 months hosting pavilions from over 70 countries and thrusts Brisbane into the international spotlight.

1 September, a ceremony is held at the Australian National Botanic Gardens to mark the declaration of the floral emblem, where the Prime Minister's wife, Mrs Hazel Hawke, plants a Golden Wattle.

3 September, the 1988 Australian Referendum asking questions on four issues including 4 year maximum terms for members of both Houses of the Commonwealth Parliament, to provide for fair and democratic parliamentary elections throughout Australia, to recognise local government, and to extend the right to trial by jury, to extend freedom of religion, and to ensure fair terms for persons whose property is acquired by any government. None were passed with the failure generally attributed to the open ended and nondescriptive wording of the proposed amendments to the Constitution.

15 May, after more than 8 years of fighting, a truce is called and the Soviet Army begins withdrawing from Afghanistan.

3 July, Iran Air Flight 655 is accidentally shot down by a missile launched from the USS Vincennes, killing a total of 290 people on board.

20 August, The Iran–Iraq War ends, with an estimated one million lives lost.

17 September to the 2 October, The Summer Olympics, officially known as the Games of the XXIV Olympiad, was opened in Seoul, South Korea.

21 December, Pan Am Flight 103 is blown up over Lockerbie, Scotland, killing a total of 270 people. Those responsible are believed to be Libyans.

17 January, The first episode of Australian soap drama Home and Away goes to air.

Top 10 Selling music singles in Australia included (I’ve had) The time of my life, Bill Medley and Jennifer Warnes (featured in the film Dirty Dancing); Simply Irresistible by Robert Palmer; The Flame by Cheap Trick; Get outta my dream, get into my car by Billy Ocean; I should be so lucky by Kylie Minogue; Perfect by Fairground Attraction; What a wonderful world by Louie Armstrong; Never gonna give you up by Rick Astley; Age of reason by John Farnham; and Better be home soon by Crowded House.