This page has a historical overview of the Northern Territory (NT) and Australia in 1980.

Cabinet decisions from 1980 recorded how the Territory was planning for the future and noted significant decisions which would help shape the NT.

The Everingham Country Liberal Party government was returned to power in the first general NT election since self-government.

Federally, the Fraser government was re-elected, with Grant Tambling elected to the House of Representatives and Senators Bern Kilgariff and Ted Robertson returned to their seats.

The year 1980 marked the Territory government's second year of self governance and a period of forward planning and development for the region.

Population was booming at 121,000 and growing at three times the national average.

The Territory was developing its mining, tourism and fishing industries rebuilding in the wake of Cyclone Tracy and to keep pace with its interstate counterparts.

Works began on the new sub-division at Karama, in Darwin's northern suburbs, and the name Palmerston was gazetted for the new town at East Darwin.

Territory motorists were provided with another alternative to commute into Darwin's city, with Dick Ward Drive opening on 22 July 1980, taking the strain off Bagot Road. 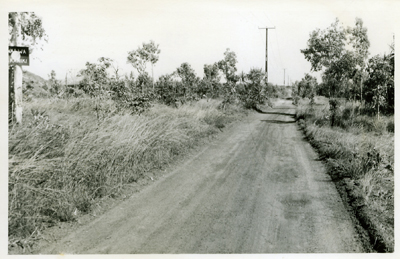 Casuarina Hospital, later known as Royal Darwin Hospital was opened on Rocklands Drive in the northern suburb of Tiwi by Prime Minister Malcolm Fraser on 19 September 1980.

The hospital replaced the Old Darwin Hospital, which was located on Lambell Terrace, Myilly Point.

The current Alice Springs Court House was officially opened, replacing the old courthouse which was on the north-eastern corner of Parsons and Hartley Streets.

Territorians were provided with safe passageway over Adelaide River during flooding, with the opening of the Verburg Bridge at the township of Adelaide River. The bridge replaced the former low level Stuart Highway crossing and gave road traffic a safe bridge to cross during flooding. 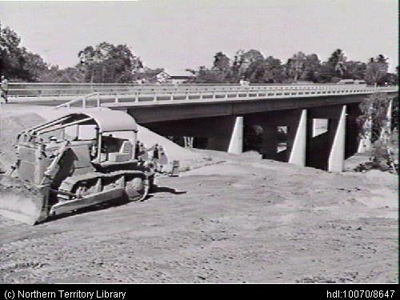 In October the standard gauge rail line was opened from Tarcoola in South Australia to Alice Springs, officiated by Her Royal Highness Princess Alexandra, cousin to Queen Elizabeth II. 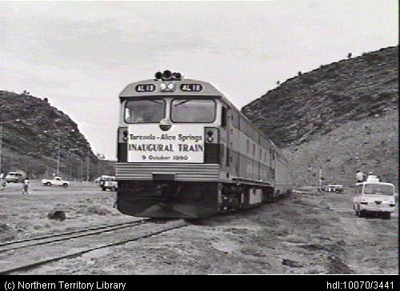 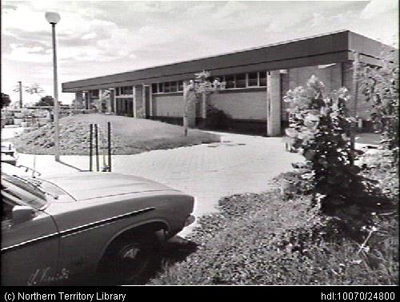 It was the year that random breath testing was introduced in an attempt to curb the Territory road toll, along with speed guns and defective vehicle stickers.

Notable Darwin landmarks such as the Paspalis Centrepoint building in the Smith Street Mall was constructed by well-known Territorian Chrissy Paspalis. The building was the conception of her late husband Theodoso before his death in 1972. 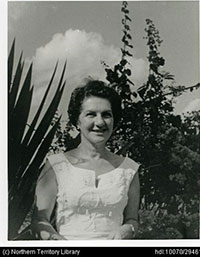 Darwin's Small Ships Facility 'the Duck Pond' was opened at Frances Bay, providing a facility where northern prawn fleets could dock and repair their vessels.

Darwin got a taste of royalty hosting its 29th Annual Show in July 1980. This was the first to be declared Royal.

Former Surveyor General Vern O'Brien, was awarded an Order of the British Empire in the Australia Day honours.