This page has a historical overview of the Northern Territory (NT) and Australia in 1979.

In 1979 the NT had just completed its first year of self governance and Darwin was an up and coming town recovering from the effects of Cyclone Tracy, which devastated the town five years earlier.

The NT boasted a very young population during this period. Over 80% of Darwin's population were under 45. This was also reflected by Australian Bureau of Statistics figures which show that around 2,843 babies were born in the NT that year.

After the establishment of self governance in 1978, the Northern Territory (Self-Government) Act was passed by the Commonwealth giving the Territory extended powers of self-government.

An important step towards securing greater Territory independence happened when the NT Government accepted responsibility for Health on 1 January and for Education on the 1 July 1979.

October 1 marked the date when the NT took control of the Supreme Court, finalising the transfer of functions and the establishment of self-government.

On July 7, the first Bougainvillea Festival was launched to rally the spirits of Territorians in the aftermath of Cyclone Tracy. It was to celebrate the town’s revival after the hardships that followed the rebuilding of the city.

Evidence can still be seen of that first Festival when over 900 school children decorated the water pipe running along the Stuart Highway with their paintings. The water pipe paintings were created to welcome Rolf Harris who flew from London to entertain over 5,000 people. 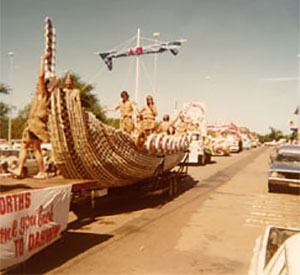 In July of 1979 the Territory’s most famous crocodile Sweetheart was captured.

For around five years this large male crocodile stalked fisherman on the Finniss River and was known to attack their aluminium dinghies and outboard motors.

Sweetheart was eventually snared by Wildlife Rangers, but tragically died during the relocation operation. Sweetheart is now a popular permanent exhibition at the Museum and Art Gallery of the Northern Territory. 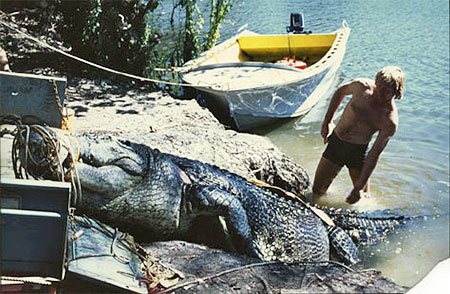 The Territory’s first owned and operated Insurance Office (TIO) was opened on 2 July.

The TIO, still operating in the NT today, was the first to create and issue crocodile attack insurance policies, the first of its kind in the world.

September 21 saw Darwin’s first interim casino opened at the old Don Hotel on Cavenagh Street. New laws controlling the operation of casinos in the Territory were agreed to by the Administrator, paving the way for this mini casino to be built.

The casino became a major draw card for overseas high rollers and marked a time when Darwin had matured, fast becoming a vibrant city and popular destination for visitors.

A new casino was constructed at the Mindil Beach in 1981.

The historical Fannie Bay Gaol closed its doors on 11 October to be replaced by a new and modern corrections facility at Berrimah.

Fannie Bay Gaol operated as Her Majesty's Gaol and Labour Prison in Darwin from 20 September 1883 to 1 September 1979.

The Old Fannie Bay Gaol on East Point Road, exists today as a museum, where Darwin’s past penal history is exhibited. 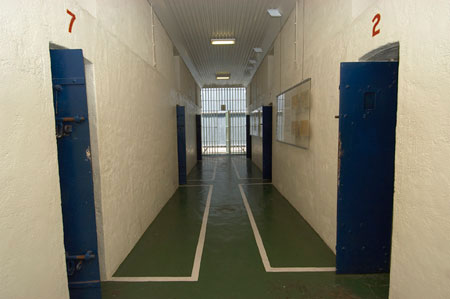 On 21 October Alice Springs was linked to the rest of Australia and the world with the acquisition of STD telephone dial up.

Tennant Creek, Elliot, Banka Banka, Renner Springs, the Three Ways and Frewena also benefited from the 13 repeater stations that were installed over a 580km route.

This provided direct access to the rest of the continent thereby easing the burden of remote living by closing the gap with access to better communication.

The Territory’s development continued in 1979, with tenders called for the construction of a Naval Patrol Base worth $17.8m at Larrakeyah, the opening of a new bridge over Warlock Ponds south of Mataranka, and the opening of the Smith Street Mall. 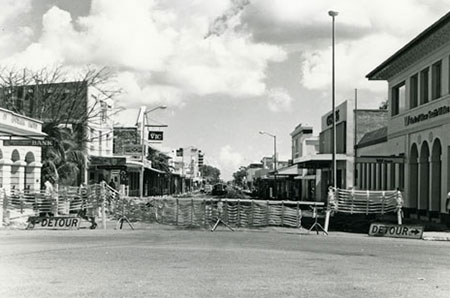 Growth in the mining and industry sectors was strengthening in 1979 with mining beginning at Nabarlek, 250km east of Darwin in the Arnhem Land Aboriginal Reserve and the Ranger Uranium Mine near Jabiru. 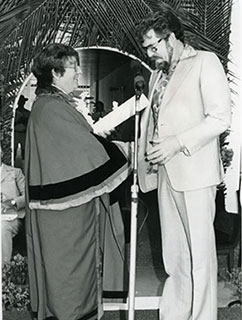 Aboriginal Land Claims were still in their infancy when the Larrakia people lodged the Kenbi Land Claim for Native Title over Darwin and the surrounding areas.

This land claim was to become Australia’s longest running land claim and the government is still in discussions with the Larrakia traditional owners to reach an equitable solution for all parties involved.

Stage 1 of Kakadu National Park was proclaimed with the NT Government entering into a lease arrangement with the Kakadu Aboriginal Land Trust.

This arrangement saw the Director of National Parks and Wildlife take over management of the land as a National Park.

The Kakadu National Park has since been listed on the World Heritage List and is now one of the Territory’s key tourist attraction for international visitors.

On 4 December the Shell tanker 'Etalina' arrived in Darwin with 150 Vietnamese refugees on board, following their rescue from the sea. This would be one of many refugee boats to head for Darwin’s shores in this period. 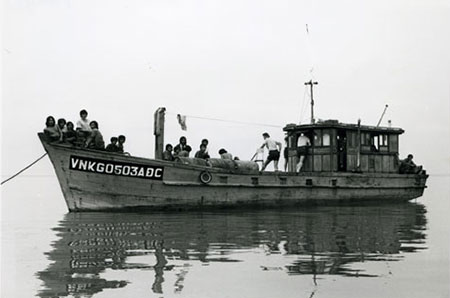 All of the following references have been used for the information on this page: